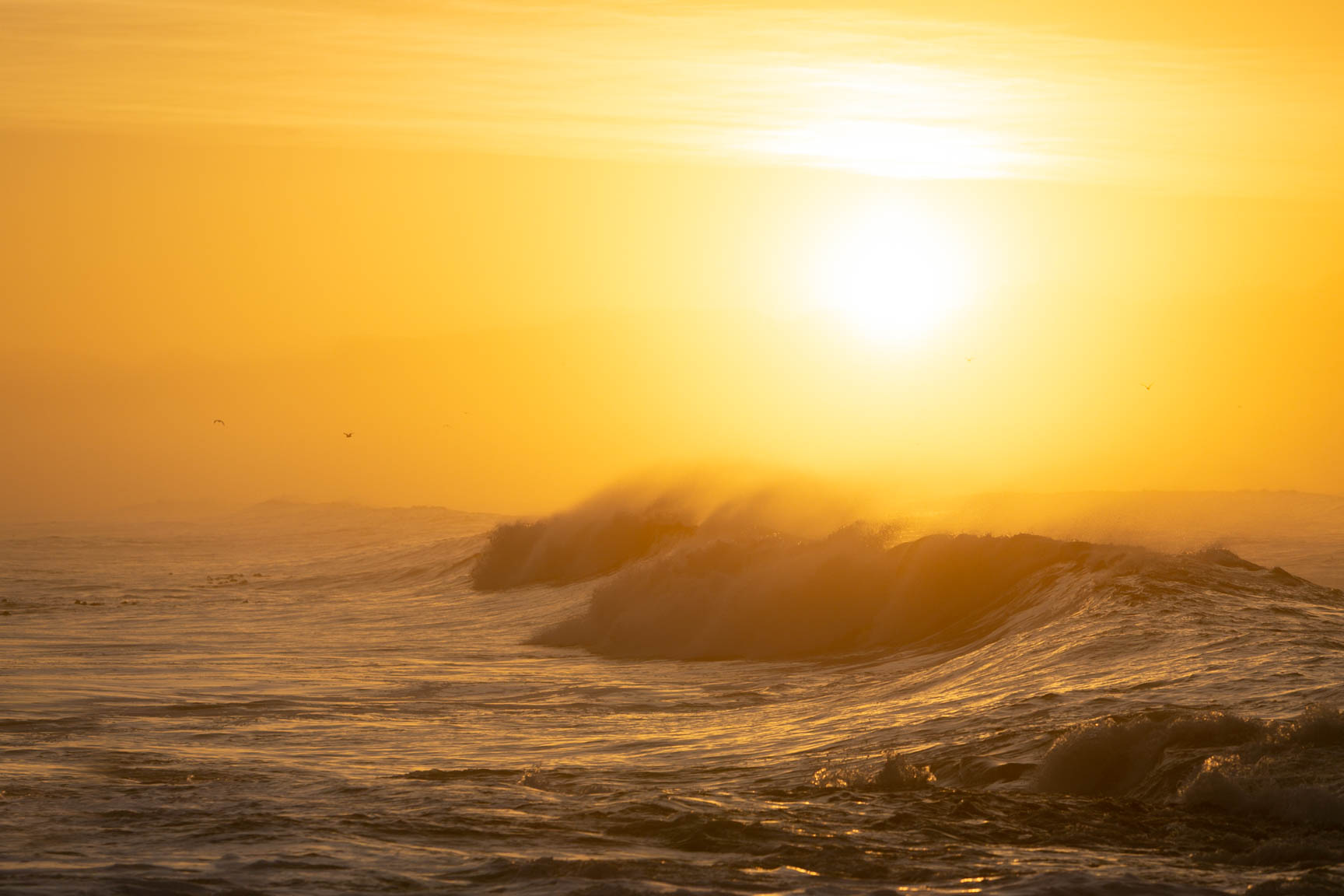 From Auto to Extraordinary Photography

You know you’re smarter than your camera. So why let it make all the decisions for you?

You didn’t buy your expensive camera to take photos on auto mode forever.

Sure, the auto mode will usually get you OK results. Why settle for OK when you could be taking awe-inspiring photos. Photos that leave your friends and family speechless. Photos that get you hundreds, even thousands of likes and comments online. Photos that make you money!

You bought your digital camera to take high-quality photos, like those you have seen from other photographers.

But you didn’t expect that your digital camera would be THAT complicated. So you have remained on the auto setting thinking the manual settings are too complicated. They are not and this course will teach you that.

And that's exactly what happened to me. I remained on auto for years until I took a course. That course, and that coach, changed my photography journey. My journey went from being a hobbyist to becoming a professional photographer.

Let this course do that for you. Even if you don't want to be a professional, let me be your coach to creative photography using manual settings.

What you will learn 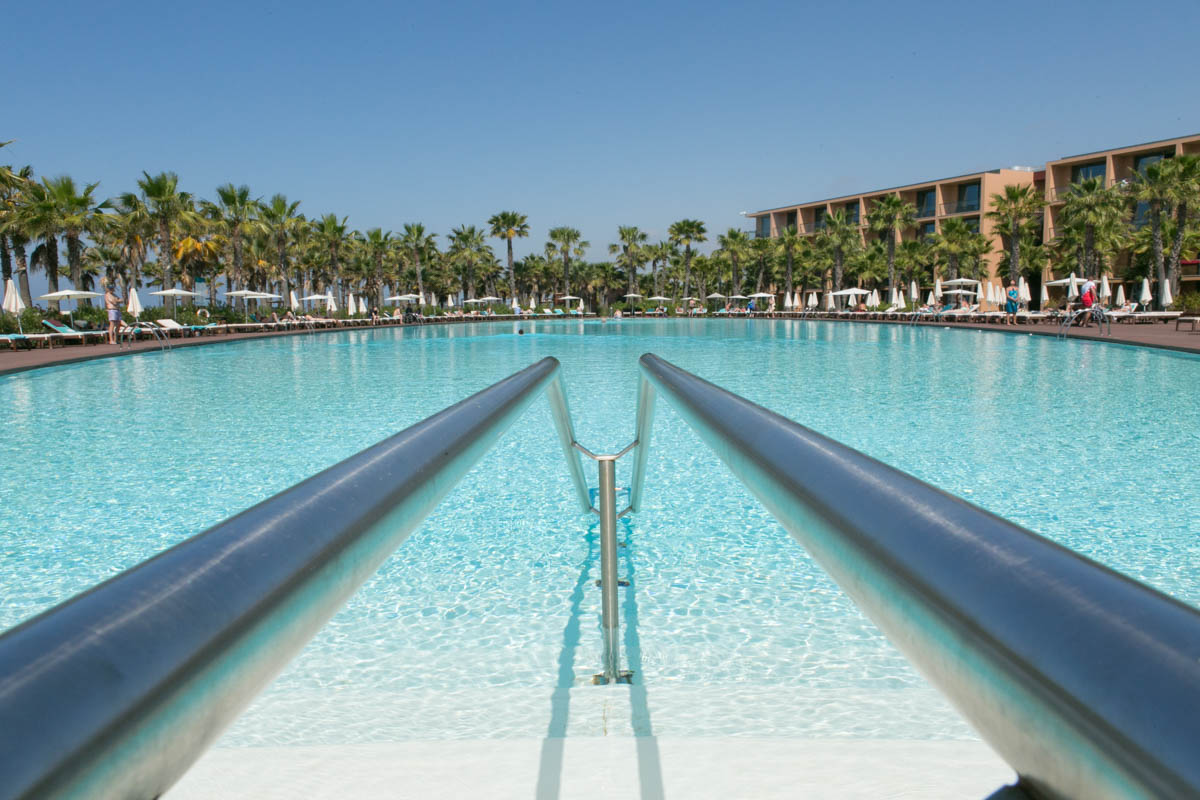 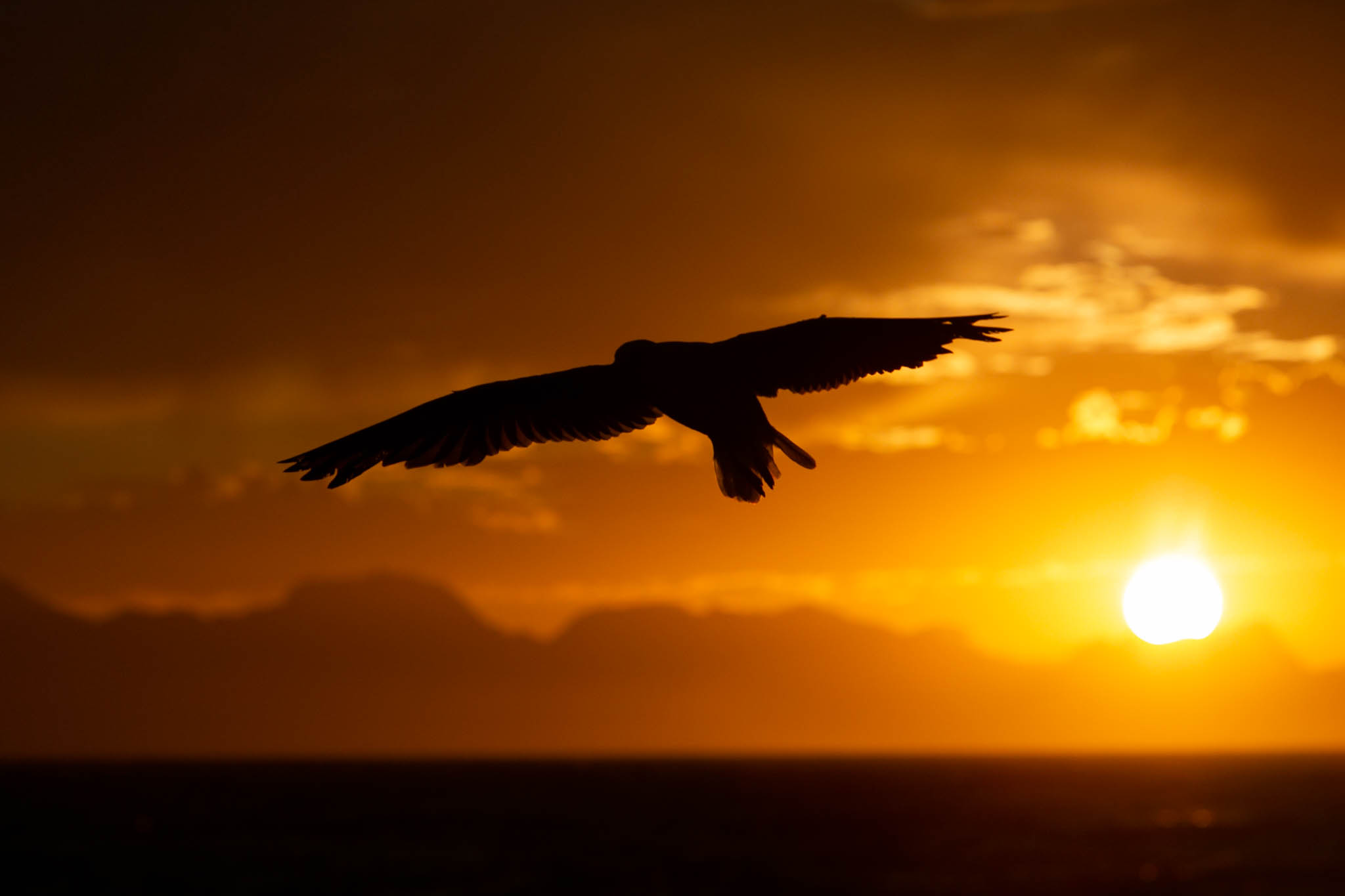 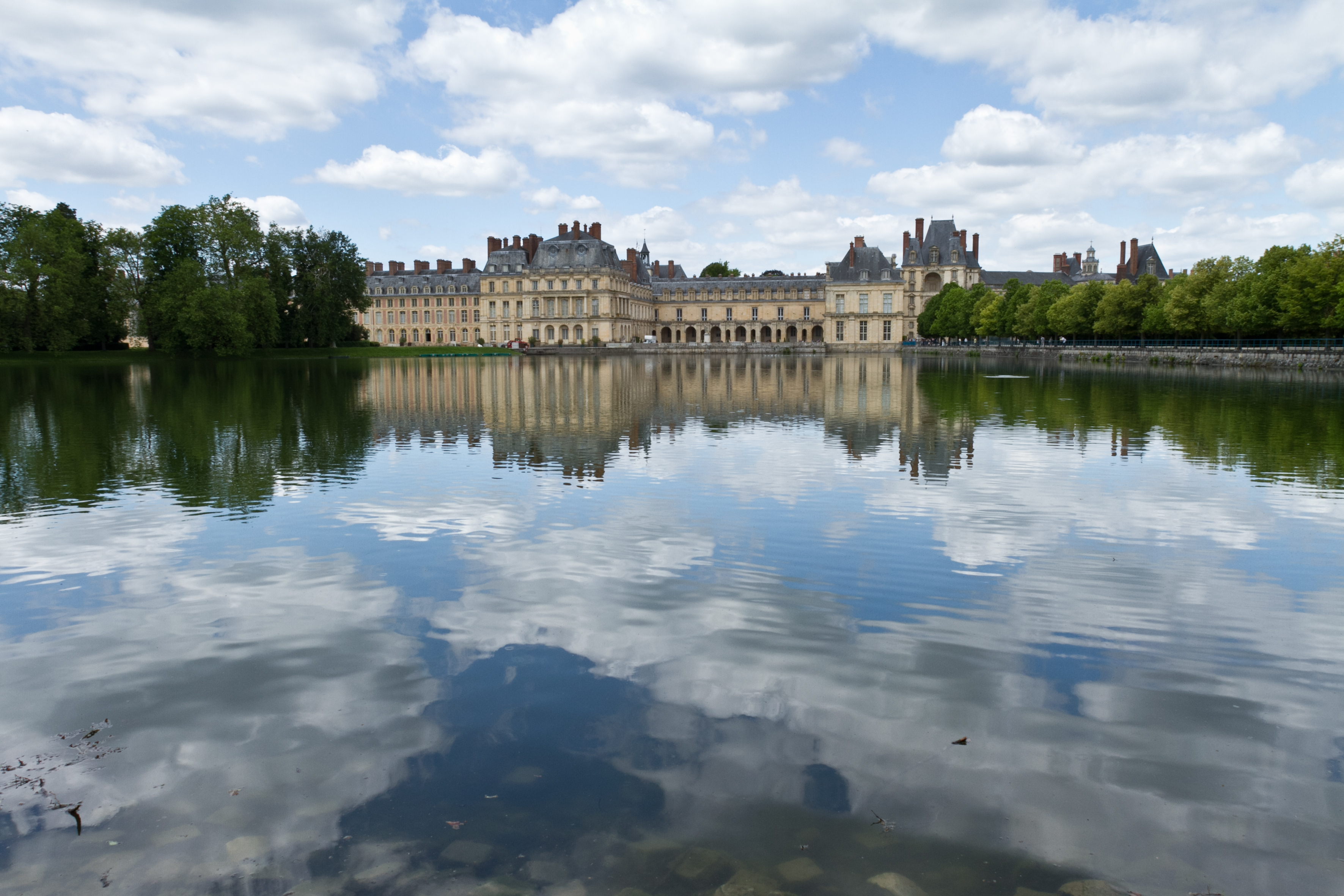 Who should do this course?

You, if you own a DSLR camera. A camera that cost you a lot of money.

If auto is your go-to setting on your camera. Auto is just so comfortable – it's what you know.

You want to discover how easy, and fun, it is to go from auto to manual on your camera. Do you want to gain the confidence to go to manual?

You want to take control of your camera – to go from auto to extraordinary.

This course is for people who own a Canon DSLR or Bridge camera. Users of other brand cameras are very welcome as the fundamentals are still the same.

Do you find your camera manual more confusing than helpful?

Whether you are a home-snapper or a wannabee professional, let this course show you how to control your camera to produce "wow" results. Be extraordinary.

I am Stephen Cruickshank.

I have been taking photos since 1984 and have been a professional for more than 20 years. I am passionate about photography.

I am an acclaimed international photographer. I have photographed events in New York, Greece, Dubai, Mauritius, Thailand, Cape Town, Barcelona and many more places across the globe. In Paris, June 2013, I photographed a 3 week event with 4000 delegates. This was the largest prolonged event ever hosted by Disneyland Europe.

Over these years I have gained a vast amount of knowledge around photography. I love passing on these skills, tips and tricks through my training. I look forward to using all of my experiences to teach you. 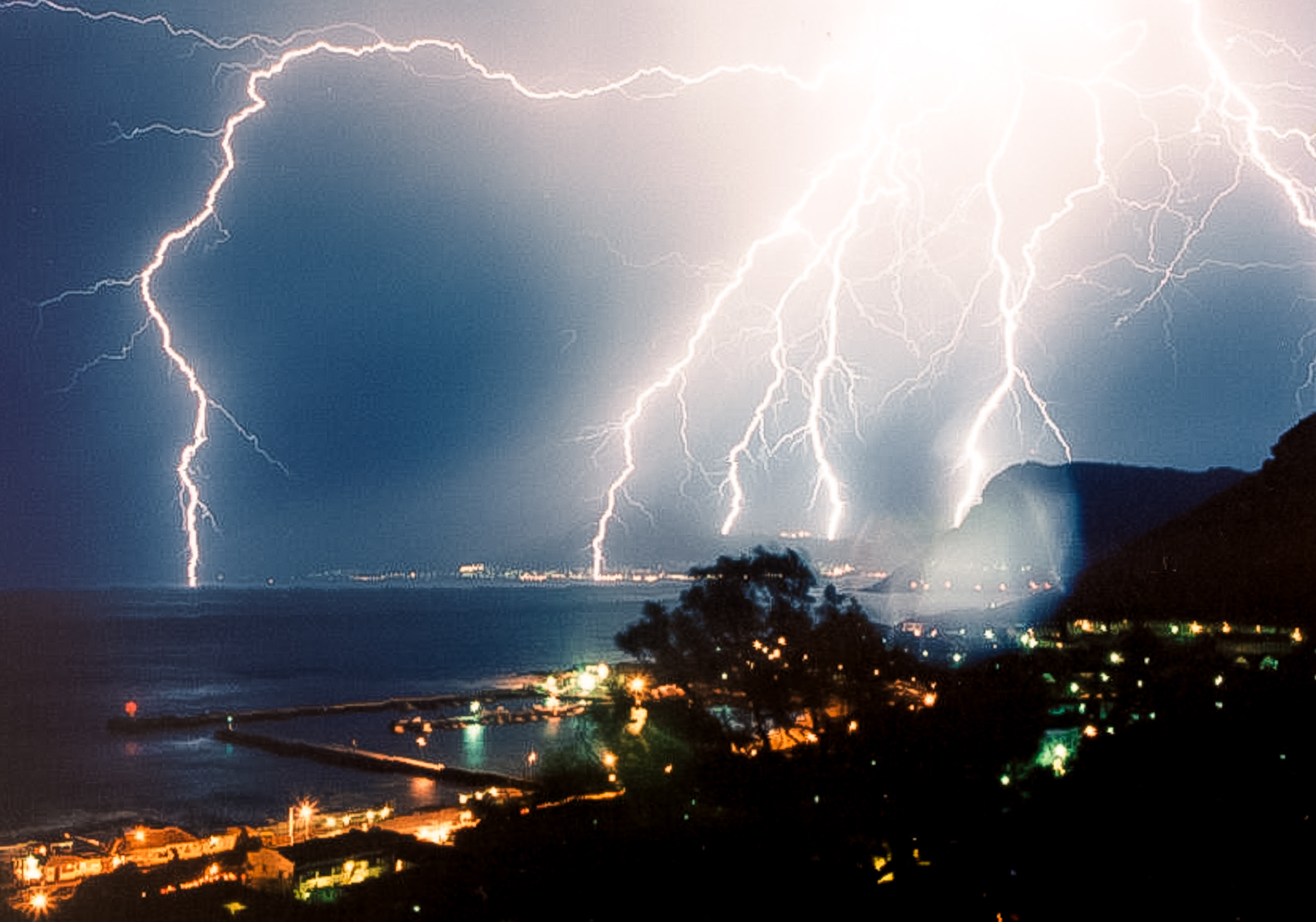 It was December 1998, an unusual thunderstorm blew in over my hometown of Cape Town in South Africa. We had some friends over for dinner that evening and on their way home they called to say lightning had struck the mountains which were now ablaze. I left home, with camera in hand, at around 11pm to go and photograph the mountain on fire. The blaze was very far away from the roadside so I headed back home without getting any shots.

As I approached home however, I saw the thunderstorm had moved in over False Bay once again. I went to a particular spot above my home village of Kalk Bay which I knew well for its view. I set up my camera on a tripod, pointed it in the direction of the strikes across the bay, and started shooting.

I had no idea if I had captured anything as in those days, using film cameras, I did not have the playback option on the back of my camera. The next day I went with excitement to the lab to have the film processed. Out of the 36 exposures on the spool, I submitted the best to a contact at the local newspaper. They printed this image in their Sunday edition! The newspaper didn't pay me much but they did take my number and passed all queries for prints on to me. I earned good money selling prints to people all over the world. Some still have the image hanging on their walls.

For this particular image shown, I left the shutter open for about 15 seconds. The photo captured two lightning strikes – one hitting in the bay and the other hitting the mountains on the other side of the bay.

This image started me on my path to becoming a professional photographer.

There is no way I could have captured this image if I did not know how to use manual settings.

What is the cost to you missing out on that "wow" image because you default to using auto?

What value can you place on positive comments from family and friends, from strangers online, when they praise you for your brilliant photography; on capturing that perfect memory to keep for a lifetime? Let's get you to manual so you can take photos such as these below.

Have you ever looked at pro photographers' images and wished you could get the same results? 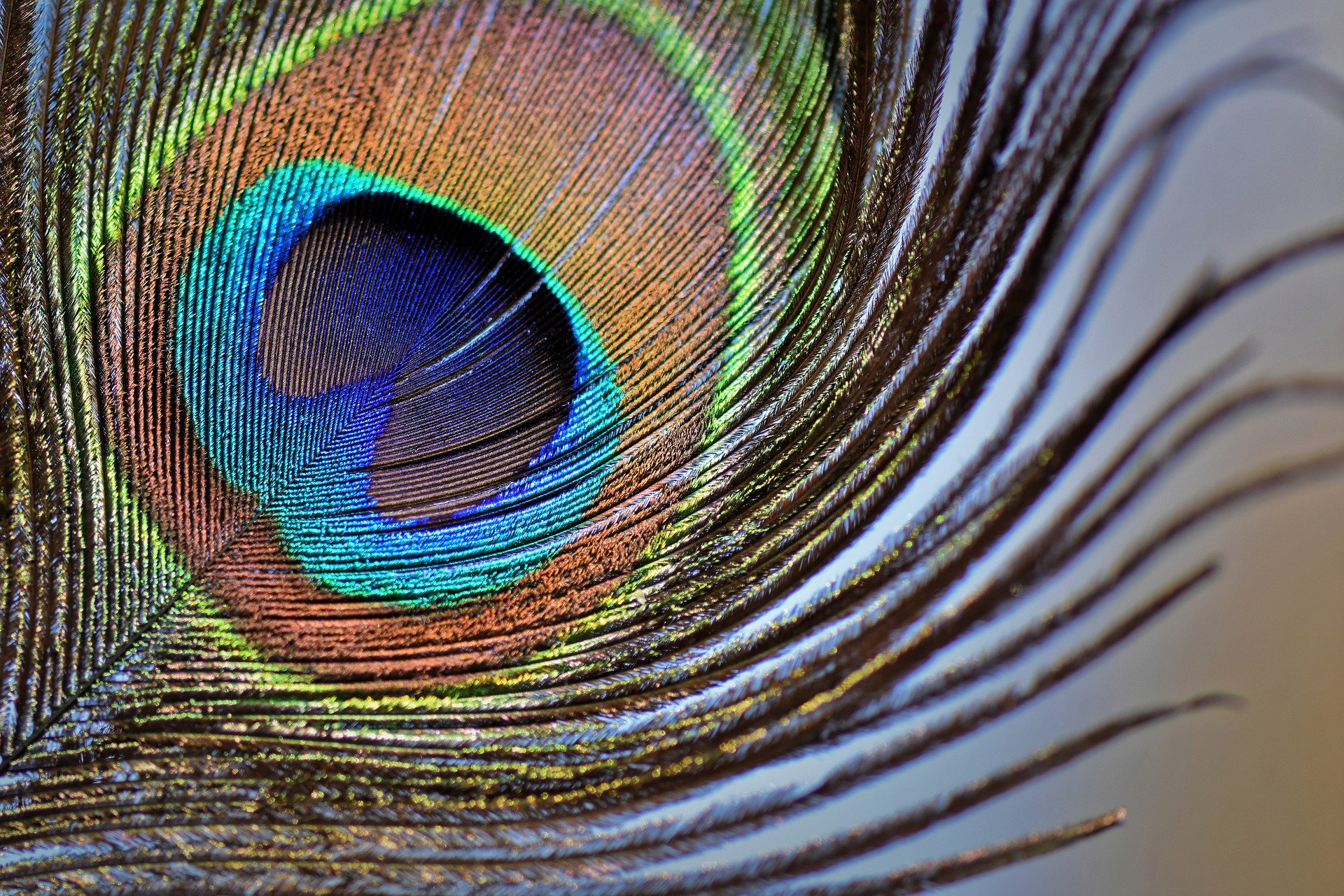 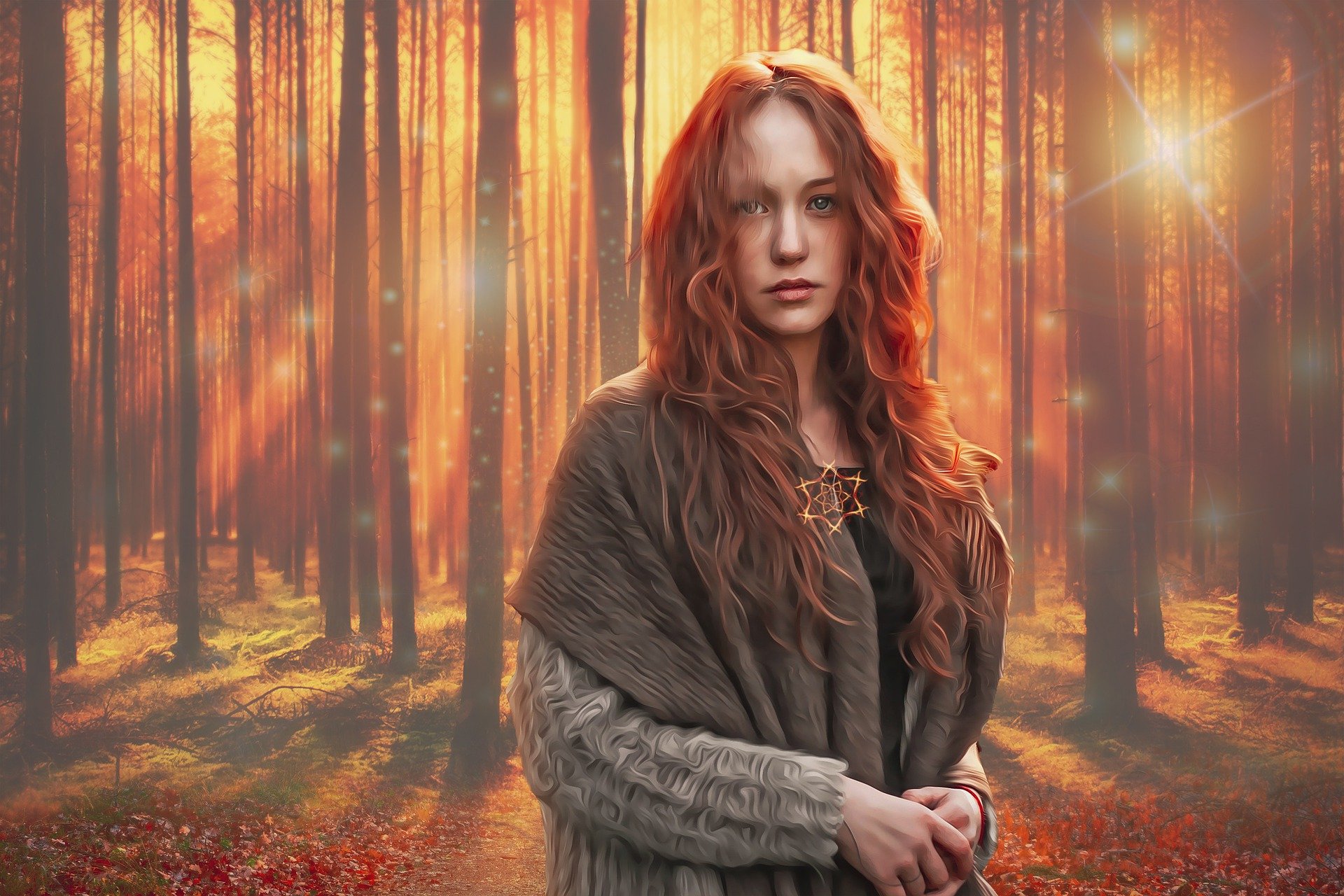 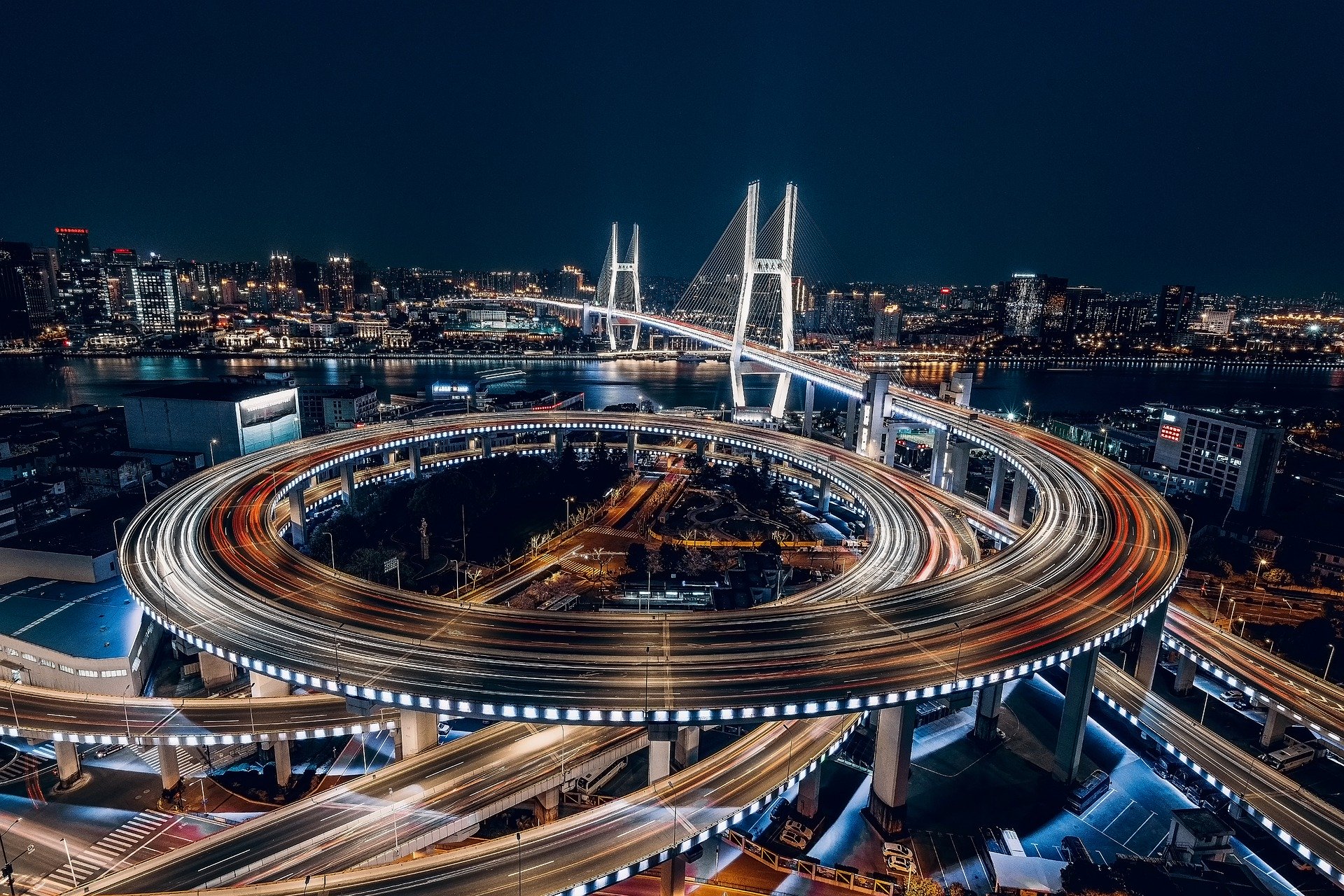 A story from one of my past students

I completed my course with Steve in September 2019.

I now never leave home without my camera. You may never know when that special photo will be there. I have progressed to having my own Facebook page, a logo, a signature and my website is in construction. One of my photos has been shortlisted for publication in Getaway Magazine. From the start I was determined to make my photography course into a way of life. My thanks to Steve for starting or rekindling the passion.

This image is of professional surfer Nat Young competing in Morocco. 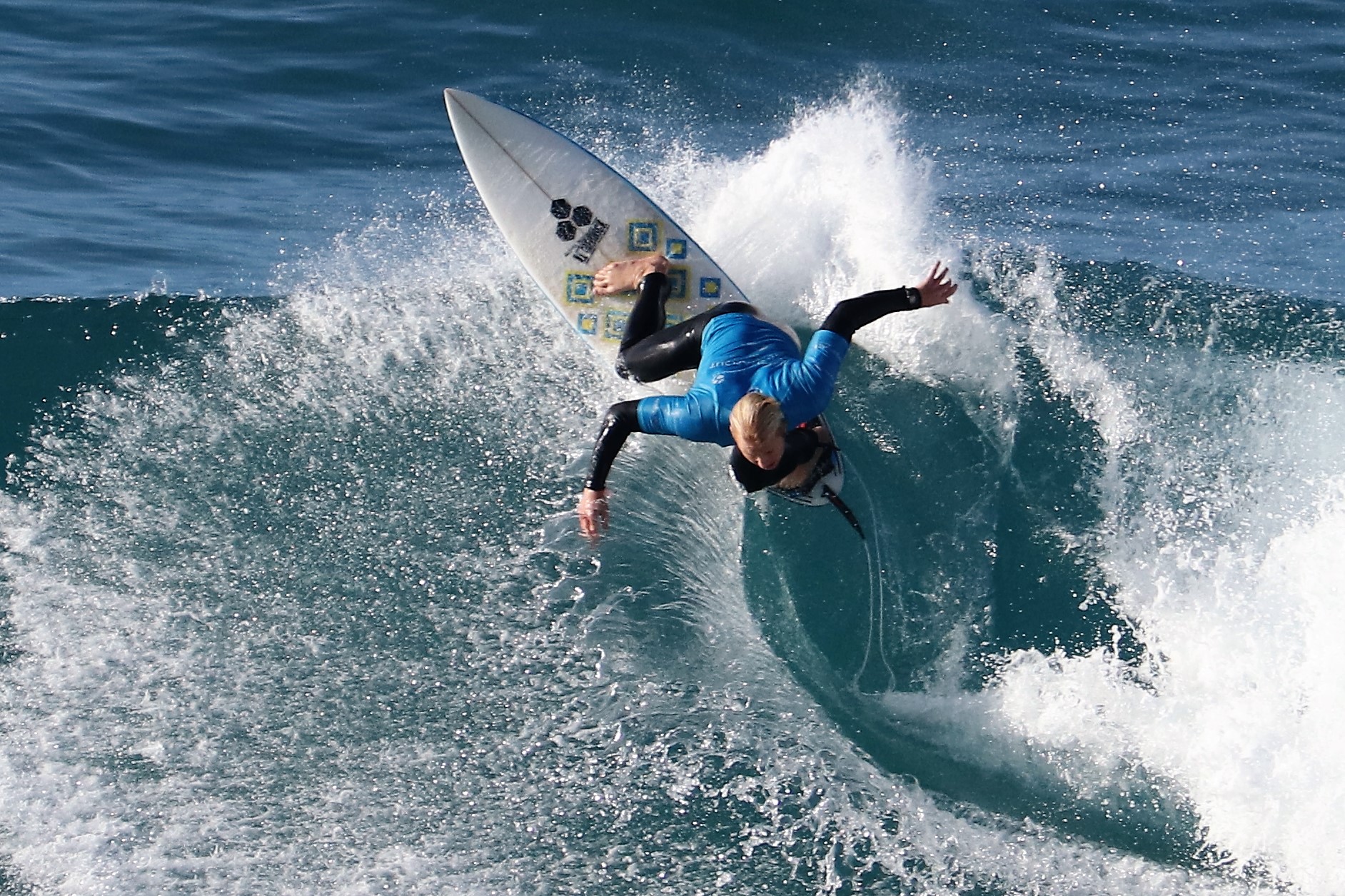 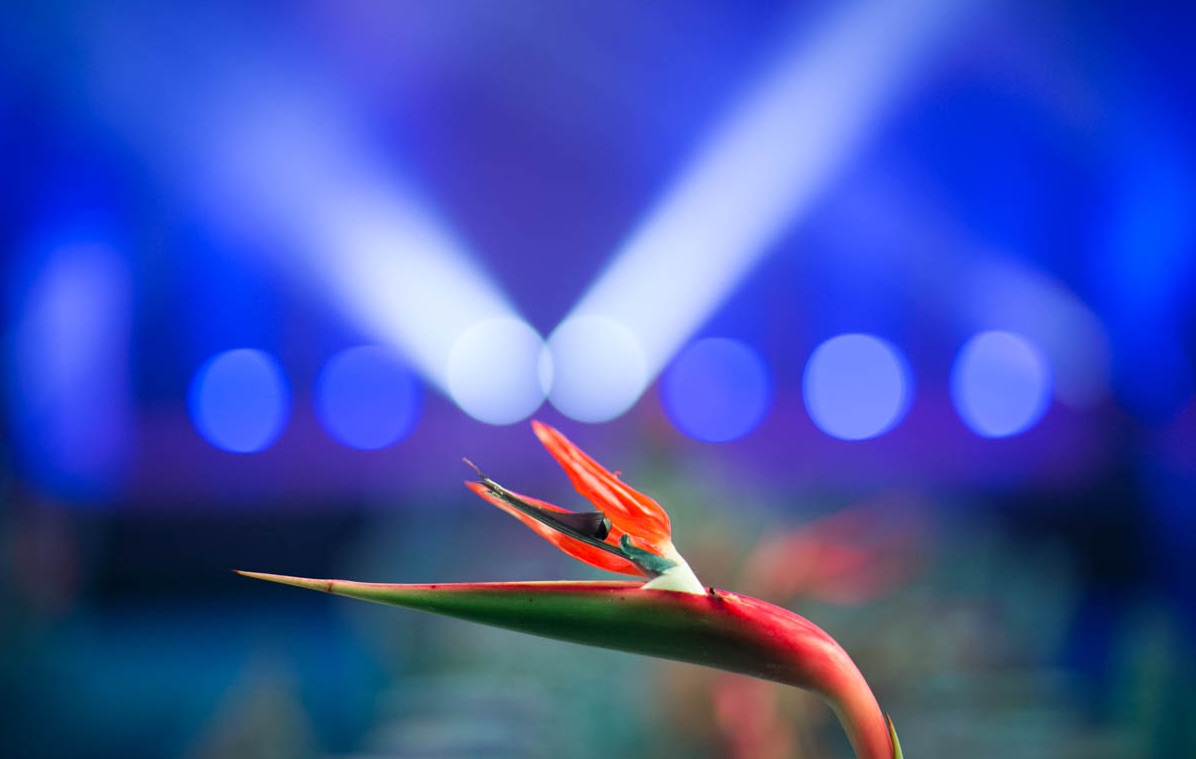 Do you know how to make the background blurred on your photos?

This course will teach you about when to change aperture settings. 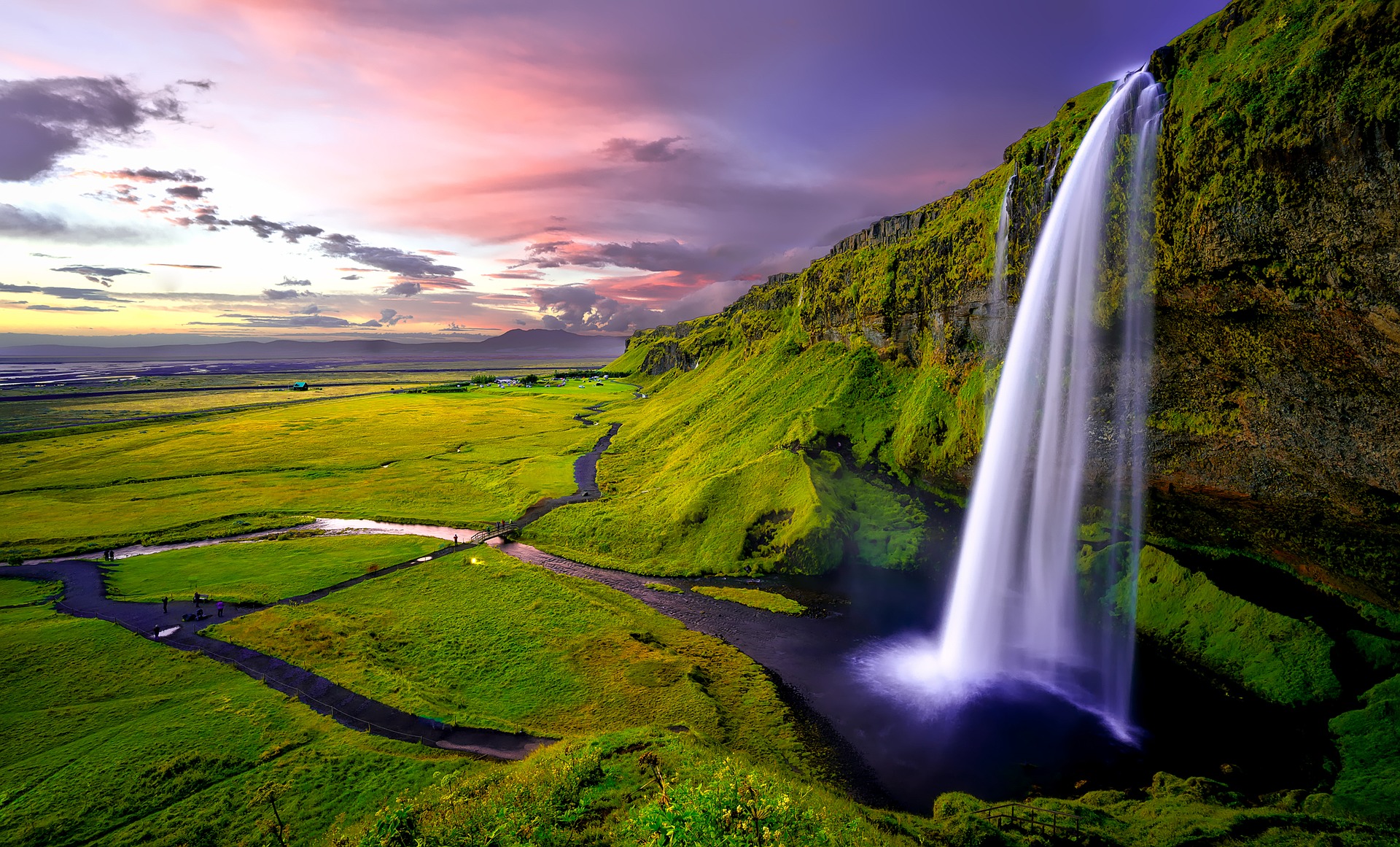 Do you know how to use shutter speed to get that beautiful waterfall photo?

This course will teach you the ins and outs of changing shutter speed to get photos such as this. 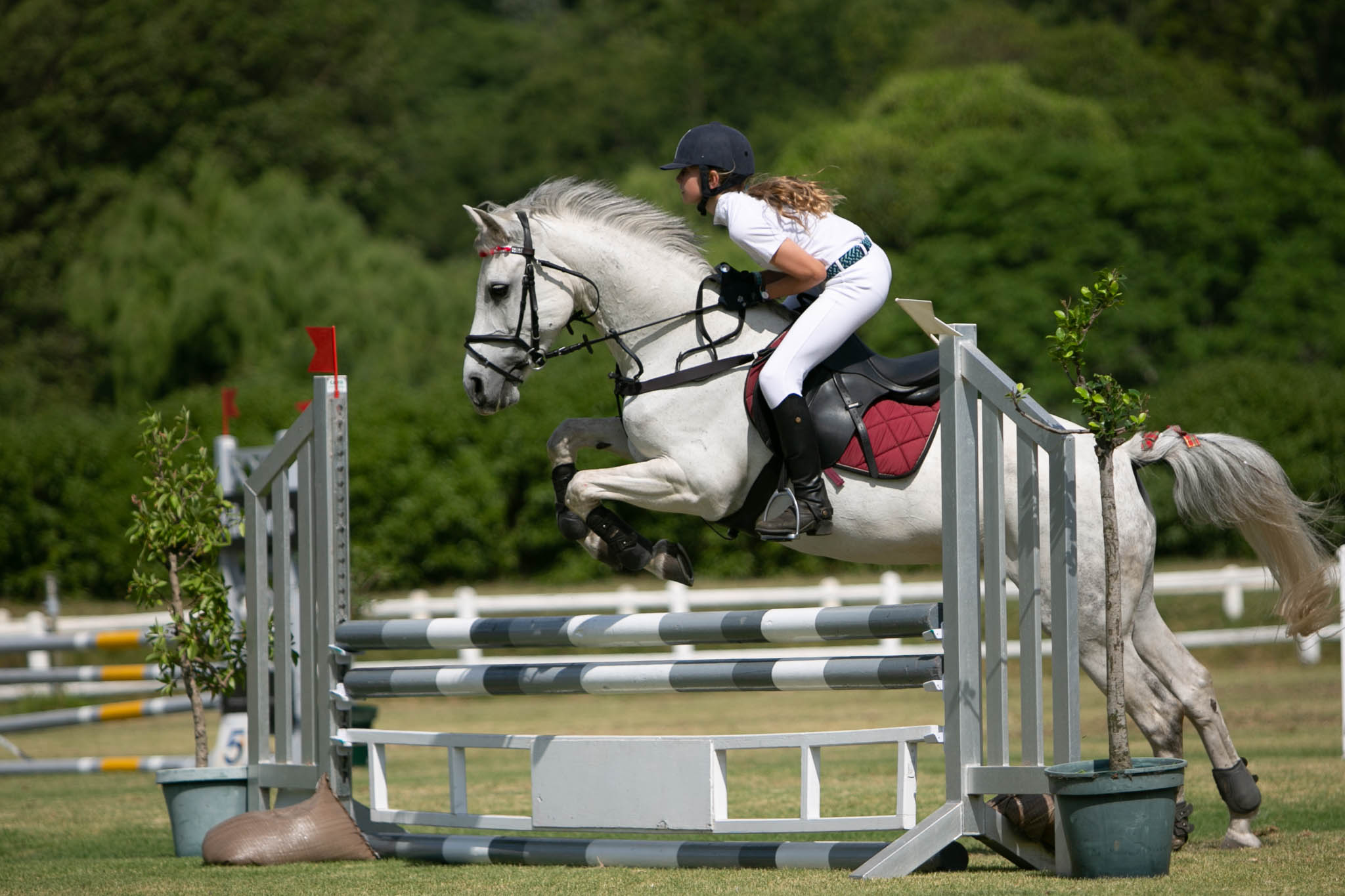 Do you know how to capture an action photo of your child enjoying their favorite sport?

Do you know how to compose your image using the rule-of-thirds?

In this course you will learn to differentiate between different composition techniques. 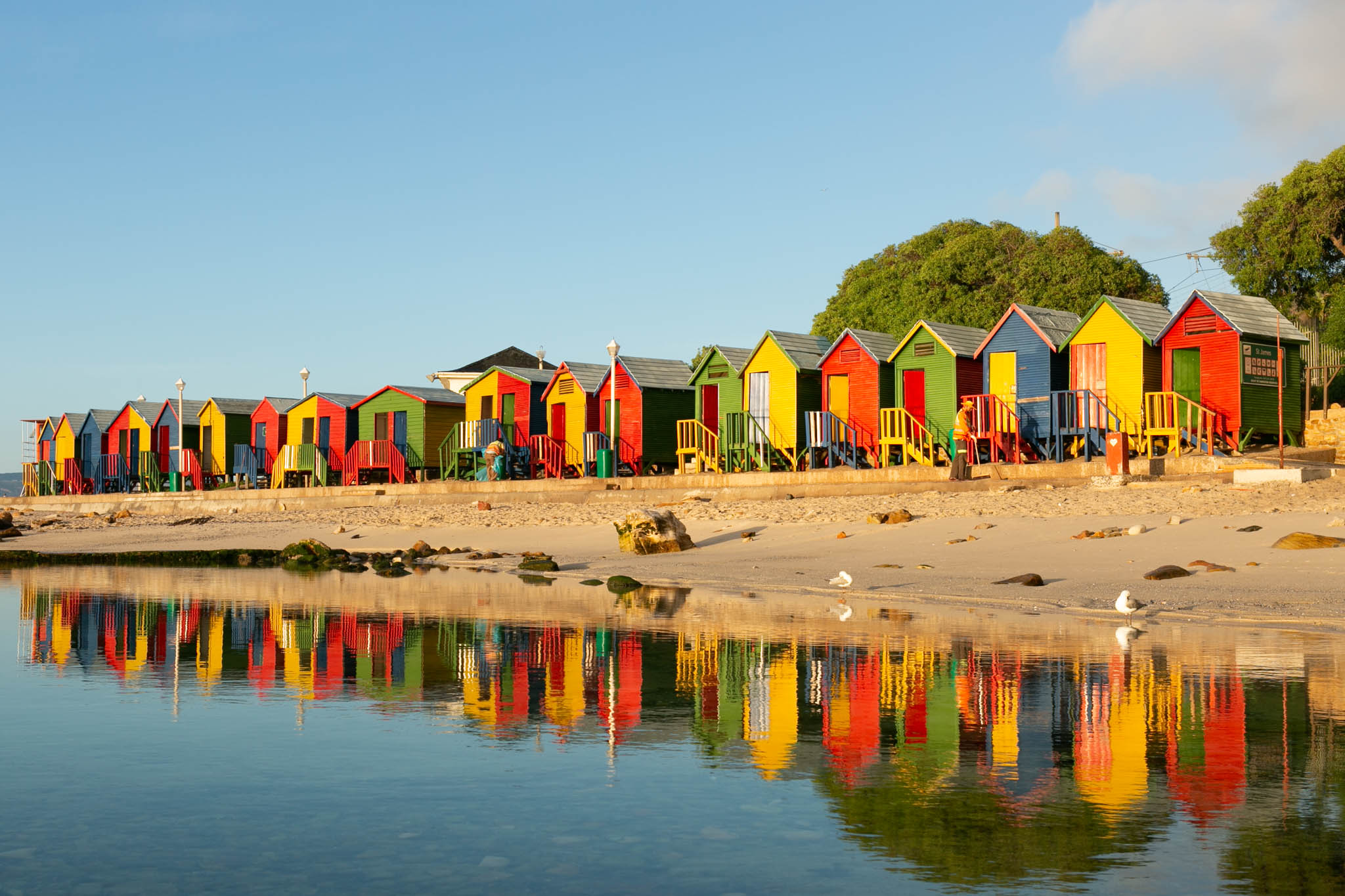 Do you know the best aperture setting to capture a beautiful landscape photo?

I will teach you how to change your ISO settings so you can adjust the shutter speed to capture the image you desire. 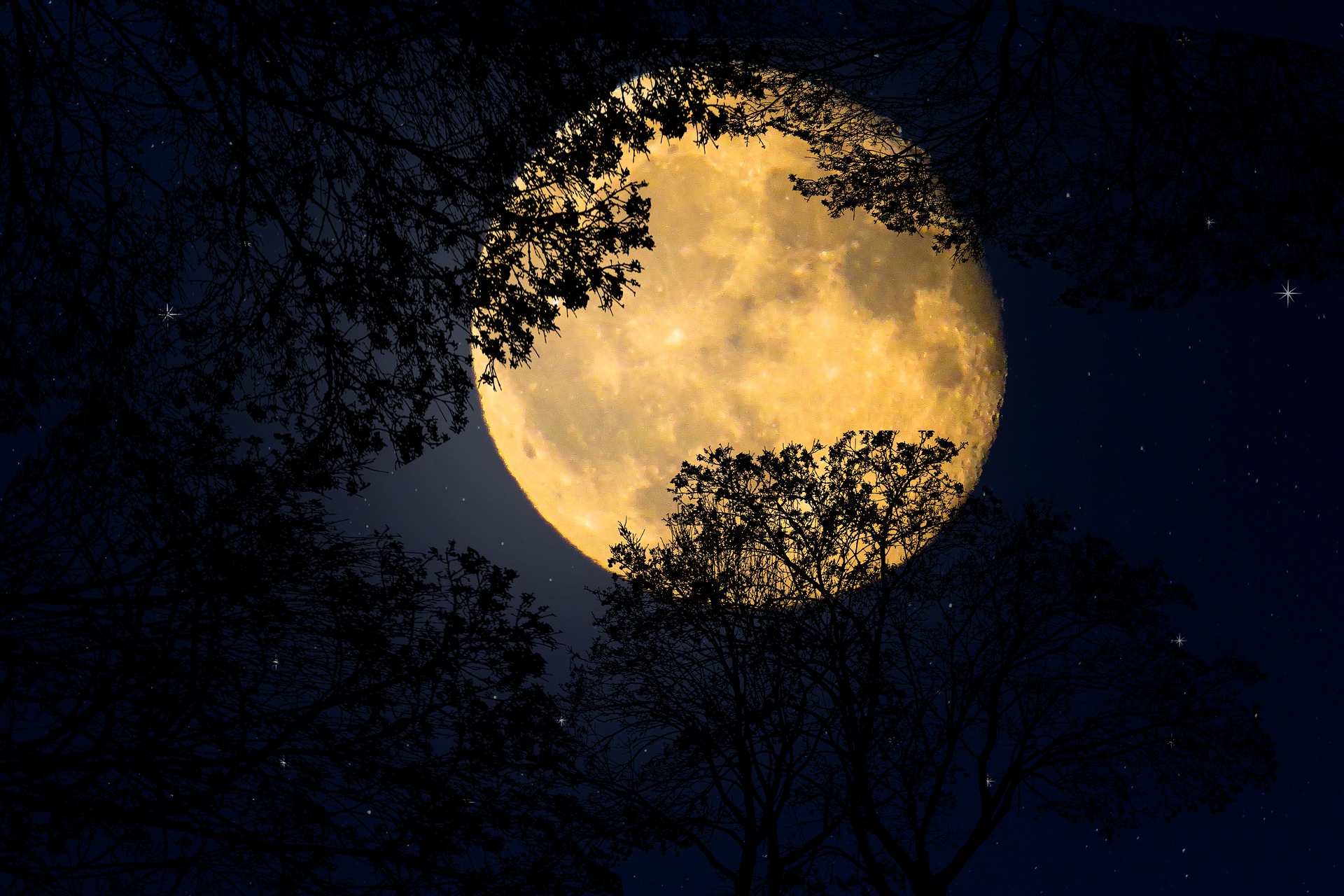 Do you know how to capture a well exposed photo of the full moon?

I will teach you which lens is best and how to expose correctly to get THAT shot.

This course will teach you how to create beautiful images using manual settings.

It's online so you can access the content via mobile or PC which means you can learn wherever you are, at any time that suits you. And you have access to the course forever.

I will be available as a coach to evaluate your photos as you go through the course. This is so much better than reading a book and not having anyone for guidance or feedback. 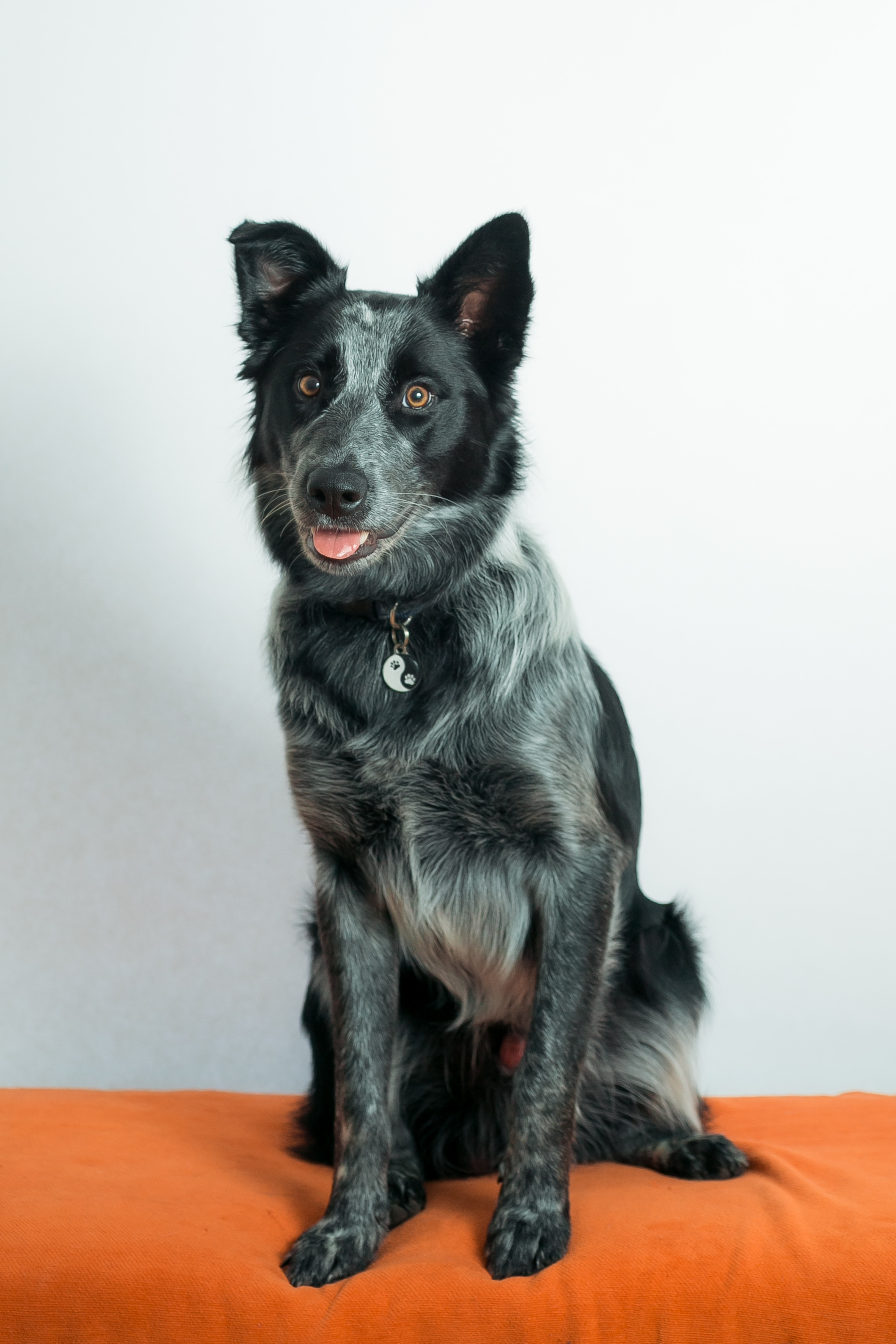 Do you face challenges when photographing your pet?

I often hear photographers commenting on their pet photos:

"My photos of my black dog never come out as I want. The background is always too bright."

"When I photograph my white cat the photos are always blown out."

"Why are my action photos of pets always blurred?"

"I can't keep my dog still, in one place, in order to get a good photo."

Learn to take beautiful photos of your pets such as the one here of our puppy, Rocket Man.

Thanks Stephen for changing my mind from auto to manual. To see the bigger picture of what photography means and how not to be afraid to change the settings.

Thank you for a most interesting and enjoyable course Stephen! Thanks for introducing me to the world of “manual” photography of which I knew very little! I gained a wonderful new skill with your excellent training!

It was great to be one of your students - you are a very good teacher with a wonderful personality.

Thank you for changing my perspective on photography.

Thank you Stephen for your time and knowledge. It was great!!

Stephenven a big thank you for the empowerment and knowledge.

By the end of this course you will know how to: 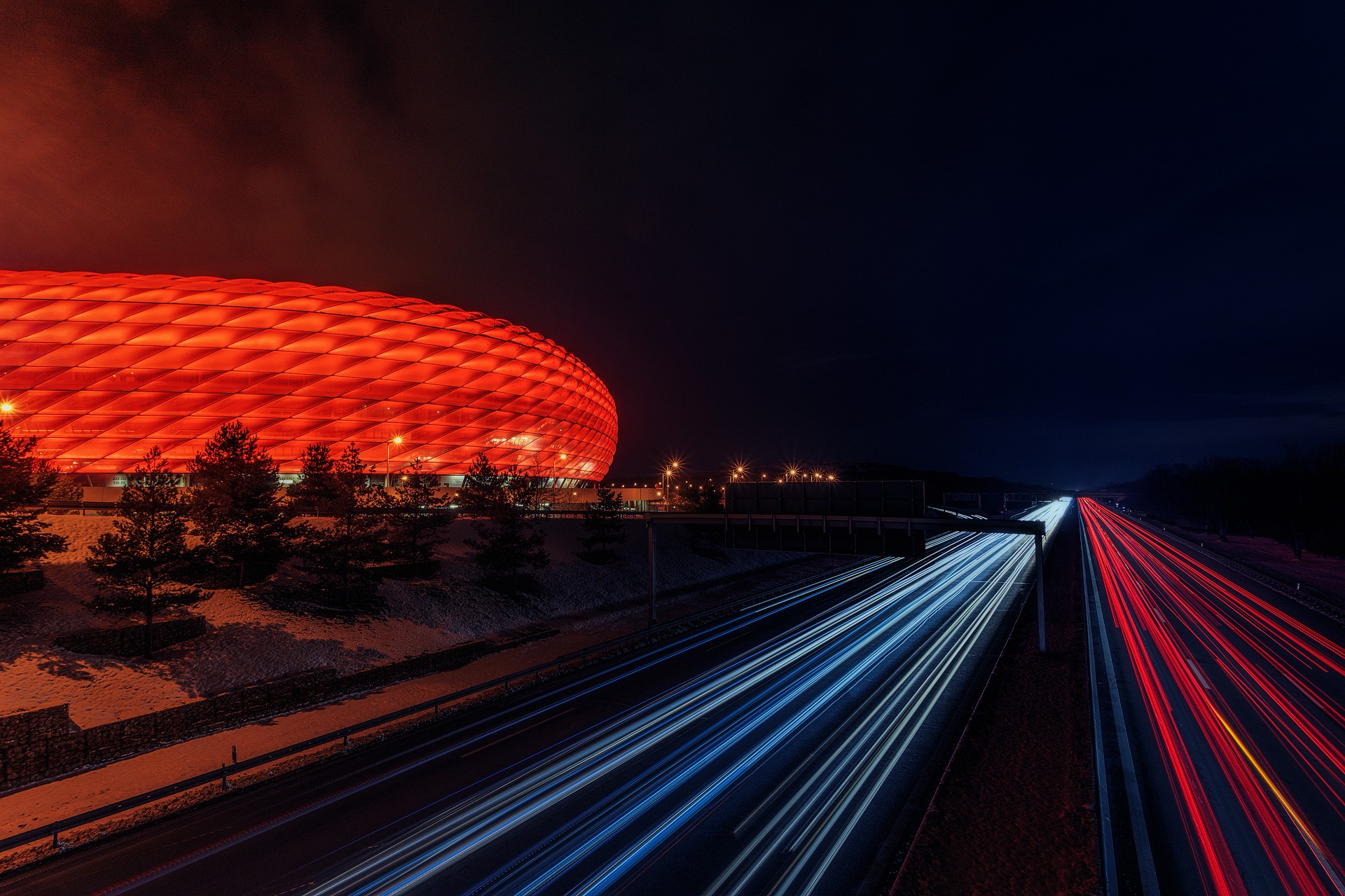 Take beautiful photos of waterfalls or car-light trails at a slow shutter speed. 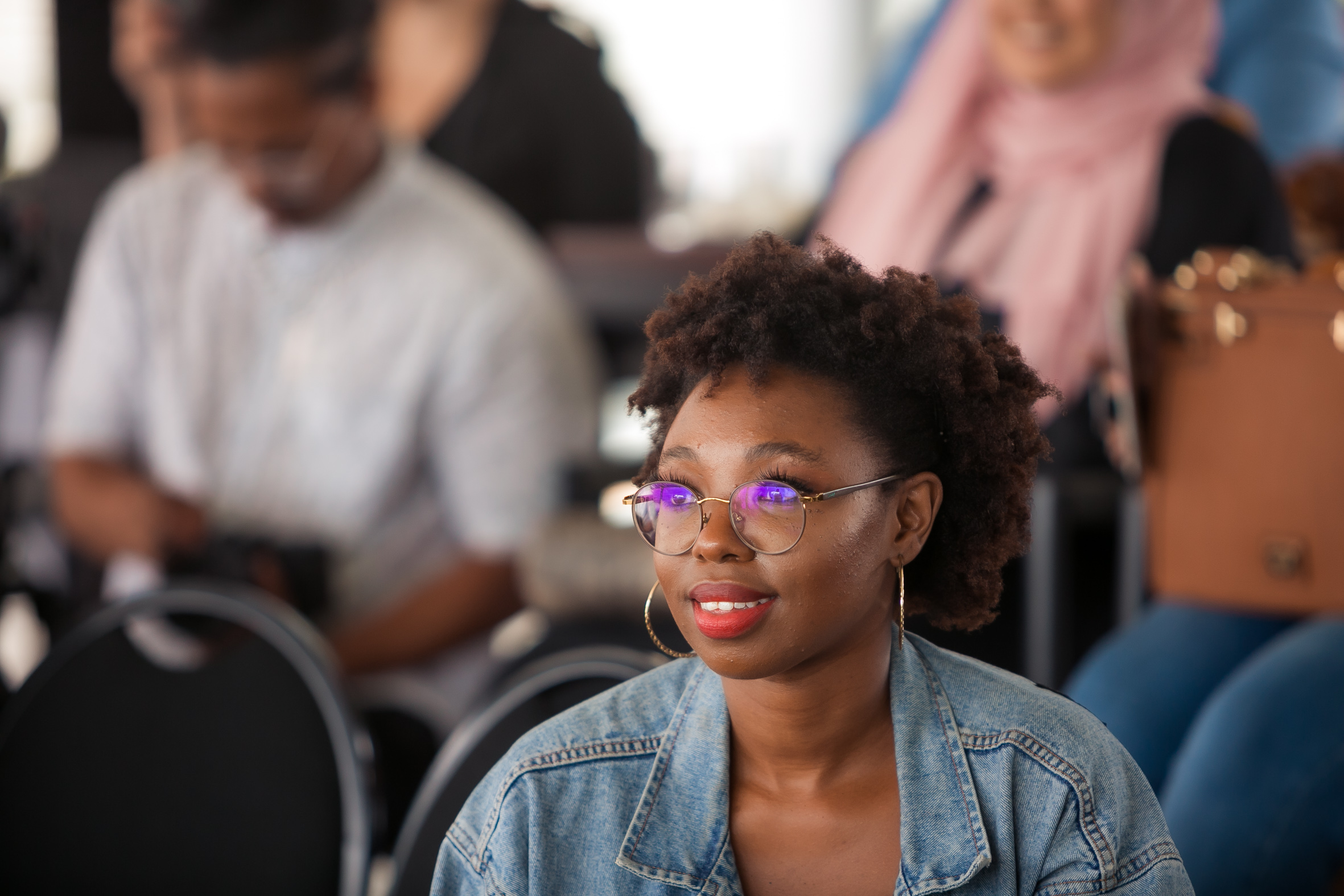 Use a shallow depth-of-field

Blur the background to get your people photos to really stand out. 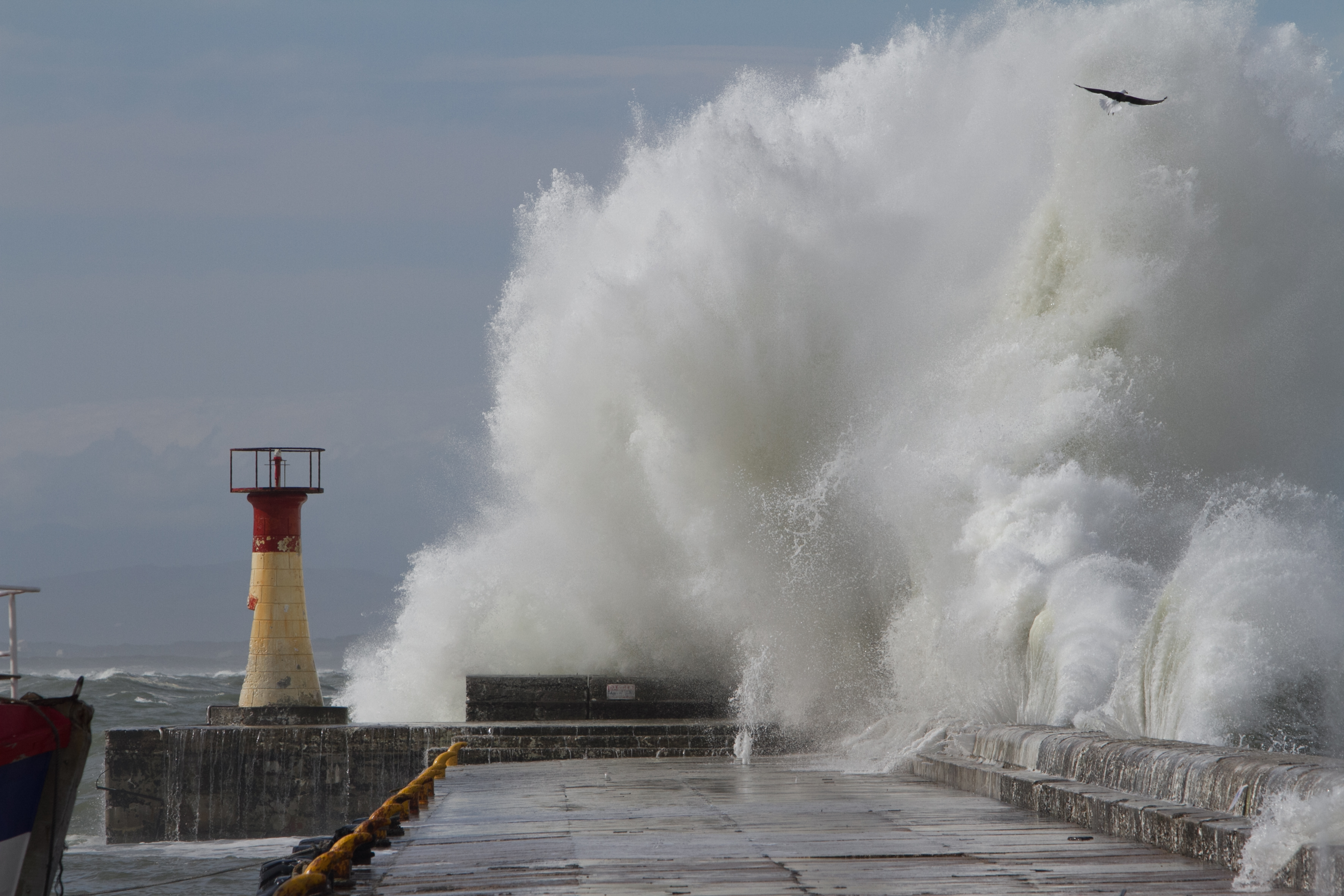 Use a fast shutter speed 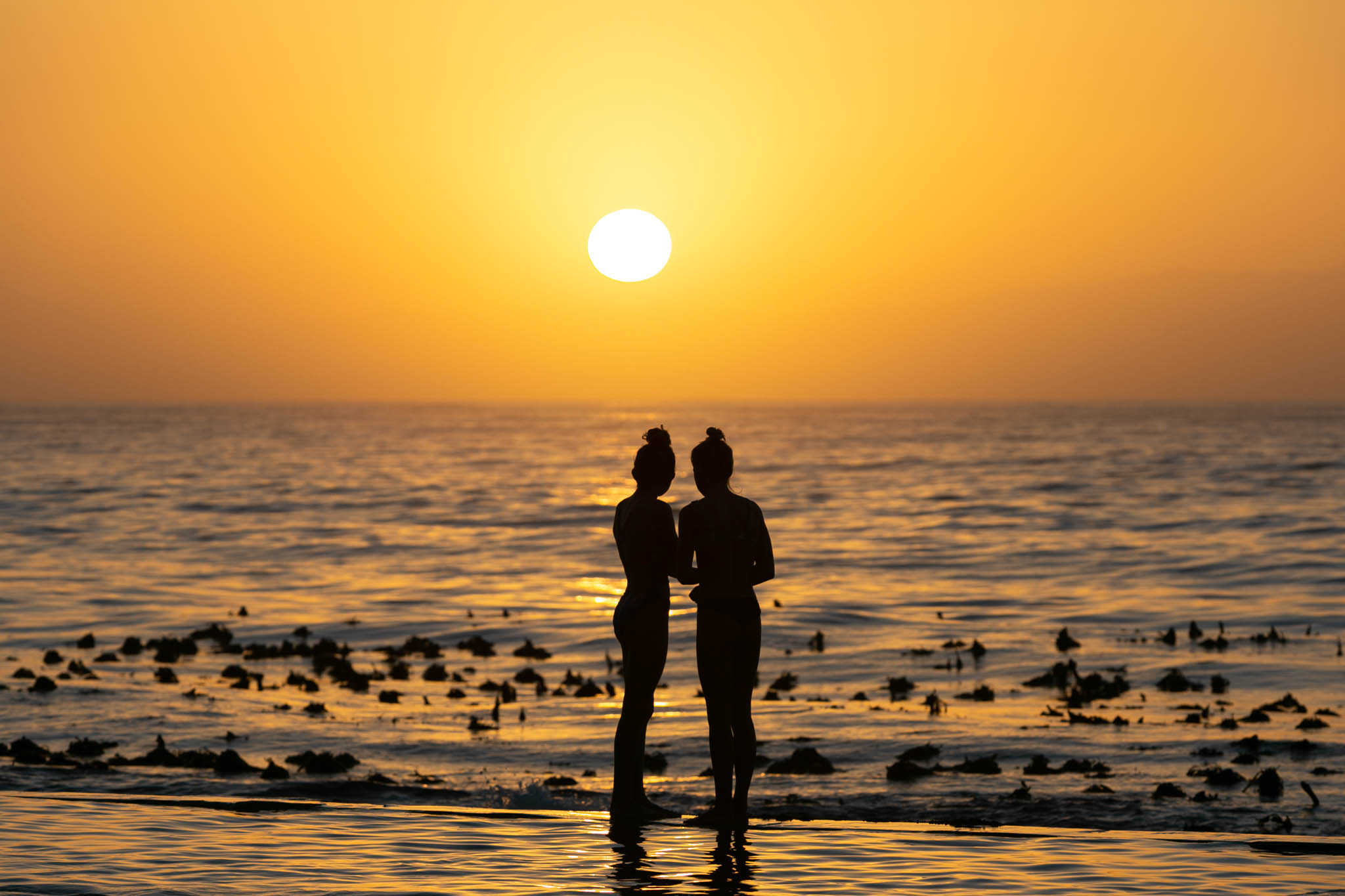 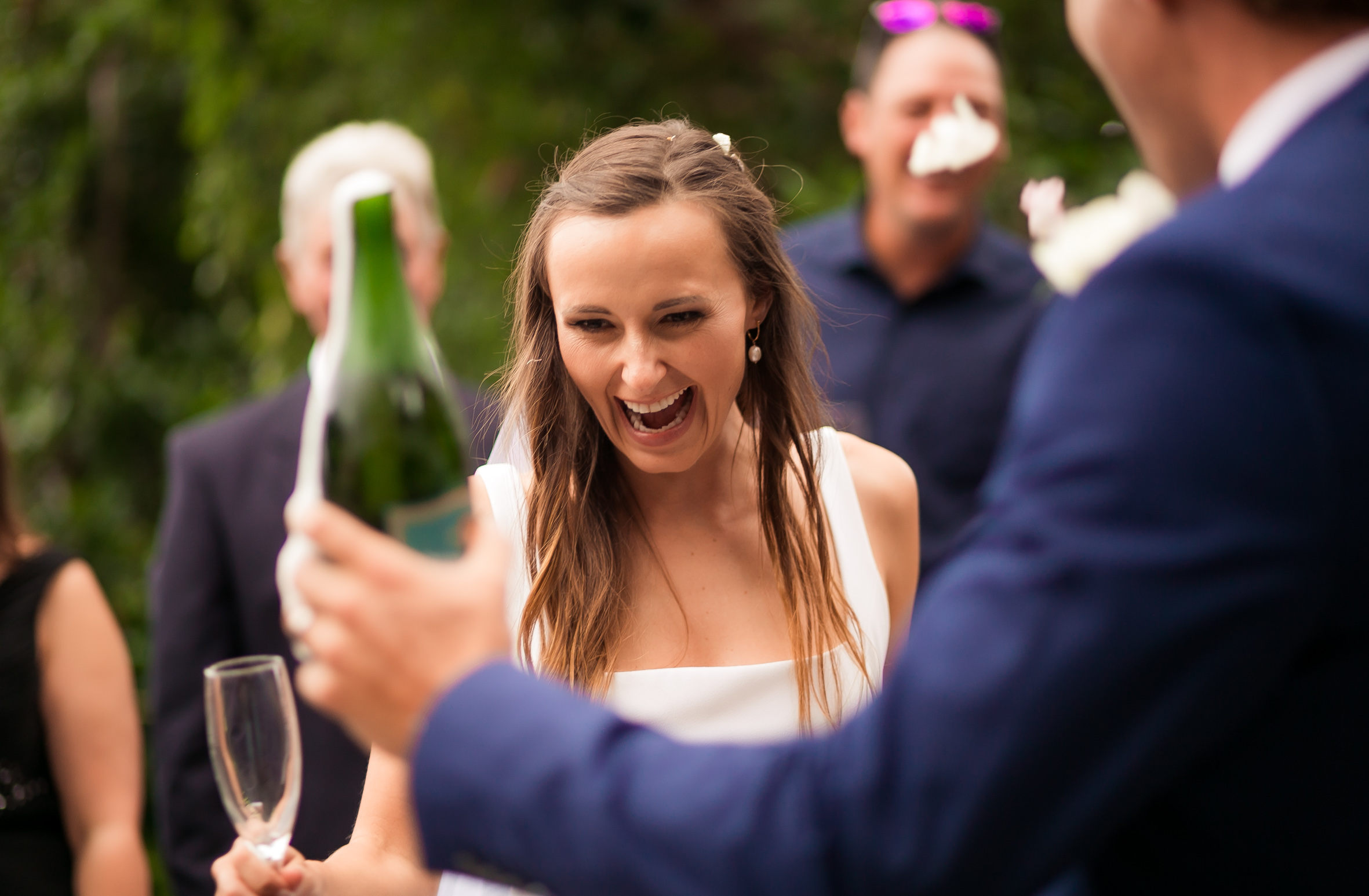 Ensure your subject stands out

Learn how to manipulate your focusing points to draw attention to specific areas in your frame. 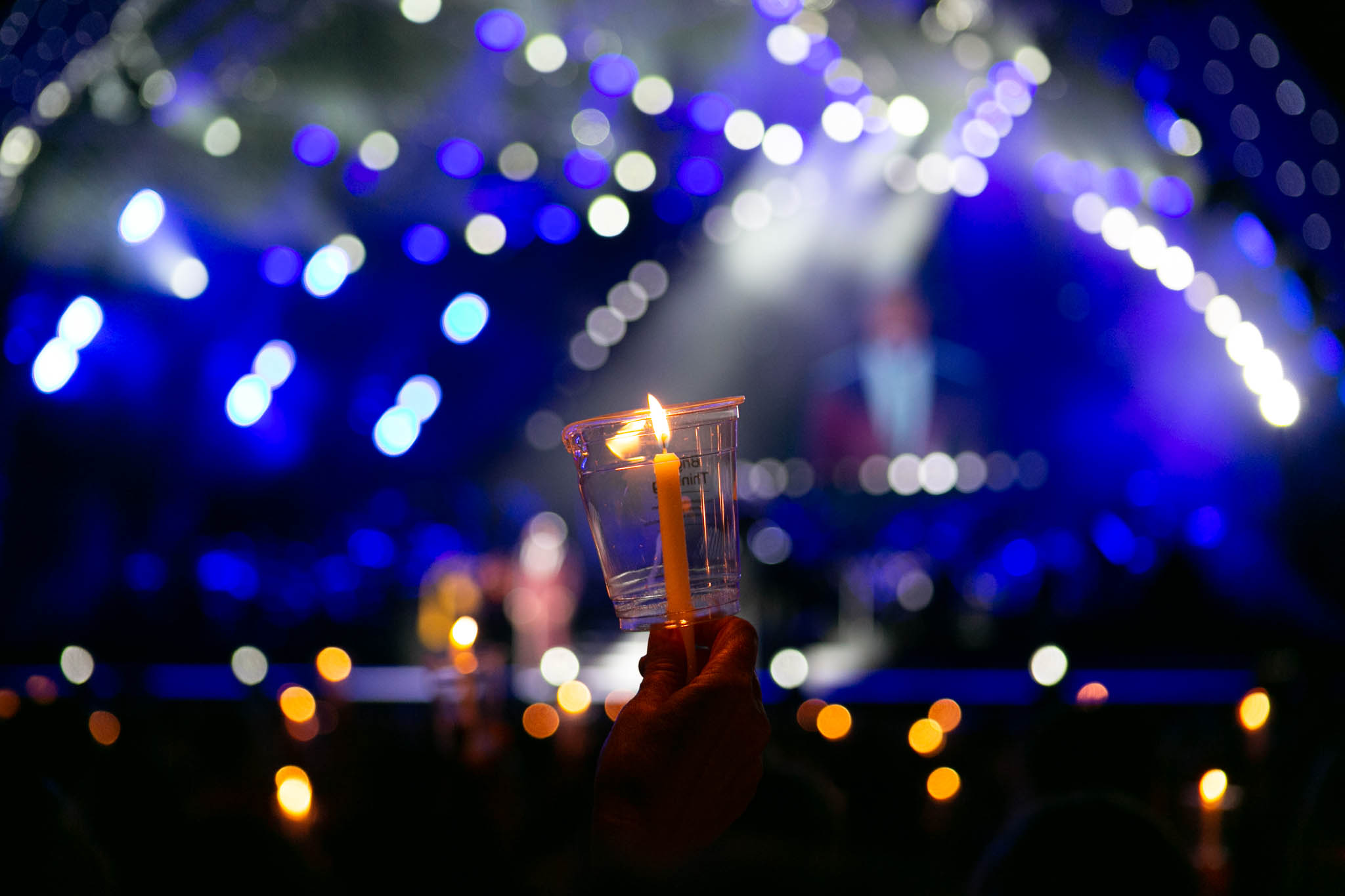 In low light scenes, learn how to use depth of field to create beautiful bokeh (a Japanese word meaning blur).

What are you waiting for?

Go ahead and start this course today.

Take your photography to a new level.

There is no risk. If you tell me you are not happy with the course within 30 days, you get your money back. No questions asked.

When does the course start and finish?

The course starts now and never ends! It is a completely self-paced online course - you decide when you start and when you finish.

How long do I have access to the course?

How does lifetime access sound? After enrolling, you have unlimited access to this course for as long as you like - across any and all devices you own.

What if I am unhappy with the course?

We would never want you to be unhappy! If you are unsatisfied with your purchase, contact us in the first 30 days and we will give you a full refund.